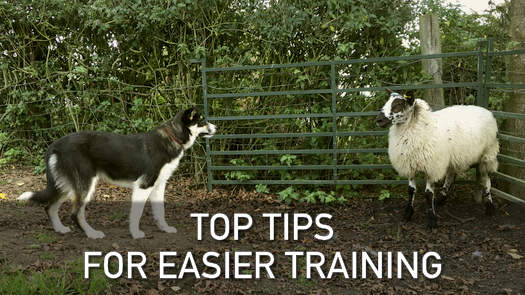 Nobody would claim that training a dog to work sheep or other livestock is an easy matter. But by understanding what is going on and why, and by paying attention to just a few basic details, we can make the process so much easier for both dog and handler.

In this video Andy shows how to correct the points which will be most beneficial when you train a herding dog, but are so often missed by novice trainers.