Use a reward to get training on board

Odo was returned to us because he wouldn’t get in the car! 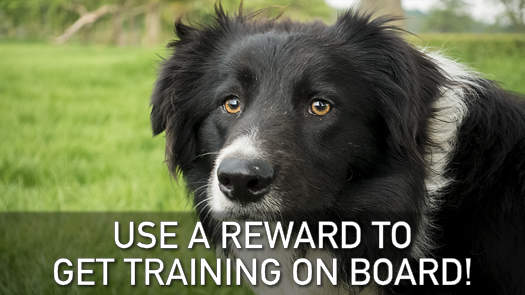 Poor Odo went to a sheep farm, but his new owner brought him back to us a few days later, because he couldn’t get the dog into his car to go to work! That was a pity because Odo was working really well, and getting a dog into a vehicle is a very simple matter – if you know what to do!

Working dogs have a huge capacity for learning, but in order to learn things that we want them to do, there must be some reward in it for them. Fortunately, one of the greatest rewards you can give a sheep or cattle dog is to allow it to work the stock.

This is obviously a great help when we train a dog to work livestock, but in this tutorial Andy uses the reward of working sheep to get Odo, who is terrified of going in a vehicle, to jump in and go for a ride!

5 responses to “Use a reward to get training on board”